The state of Idaho classifies drugs and narcotics into schedules based on medical use, potential for dependence, and other factors. Find out what schedule your offense falls under (see below) in order to better understand the potential penalties associated with your crime.

In Idaho it is a felony for anyone to manufacture or deliver controlled substance in schedules I, II, III and IV.  Penalties vary based on what schedule a controlled dangerous substance (CDS) falls under.

Possession of narcotic drugs in schedule I and controlled substances in schedule II, and marijuana (over 3 oz) is a felony offense and is punishable by heavy fines, jail or State penitentiary time.

Trafficking in almost any major contrrolled substance is a felony punishible by certain mandatory minimum fixed prison sentences, depending on type and quantity of the substance. These mandatory minimums are why it is critical to retain qualified and experienced counsel upon being charged with a trafficking offense.

Possession of non-narcotic drugs such as marijuana (less than 3 oz) and drugs in schedule III, IV, V, and VI is also considered a misdemeanor. The use or possession of paraphernalia is, in many cases, classified as a misdemeanor offense.

When defendants are convicted of a third felony, the penalty is incarceration for five years to life.  This includes charges within the state of idaho and out of state charges. 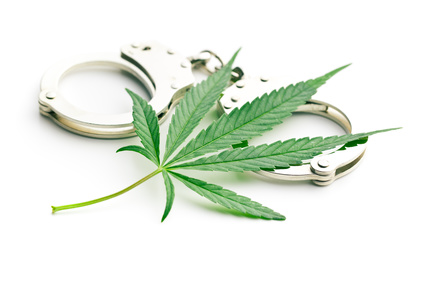 John Redal has spent over 20 years studying the Kootenai county judicial system, several of those years as a prosecutor. He knows the individuals within the legal system and is a respected attorney in court. If you are looking for a drug crime attorney in Coeur d'alene, Idaho or surrounding areas, request a free consultation now to learn how we can fight for you.